A little while ago my family read about making stylish bowls out of old vinyl records at home. We happened to have a bunch of old records laying around, so we gave it a try. The final result was really cool, and quite easy to achieve. In this how-to I'll explain all the steps and include pictures. 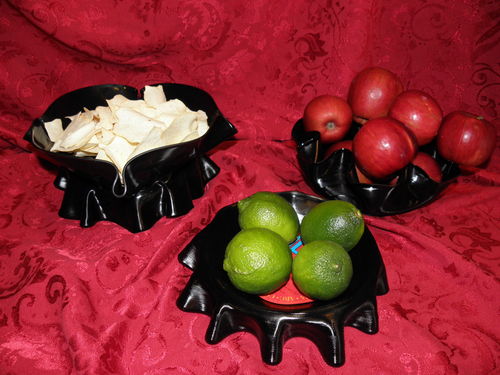 The key idea is to heat the records enough to soften them and make them pliable without causing them to drip or burn. 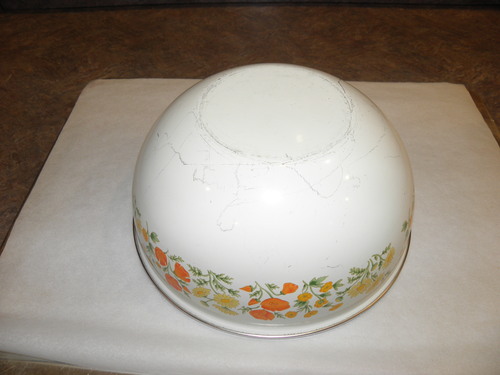 To begin, place a bowl upside down on the baking sheet, and set the record on top of the bowl. 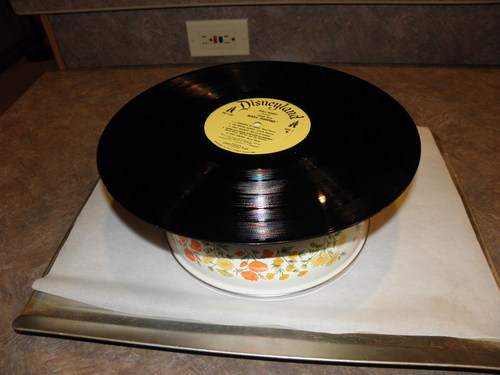 Record sitting on the bowl prepared for baking 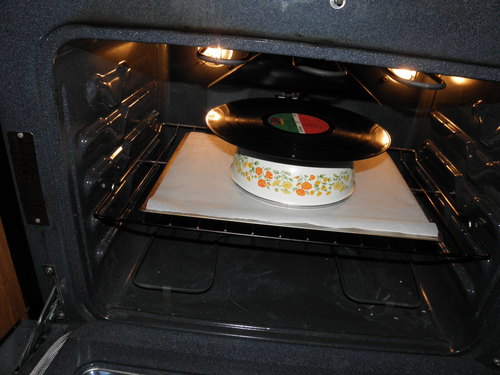 Bowl in the oven as it begins to bake 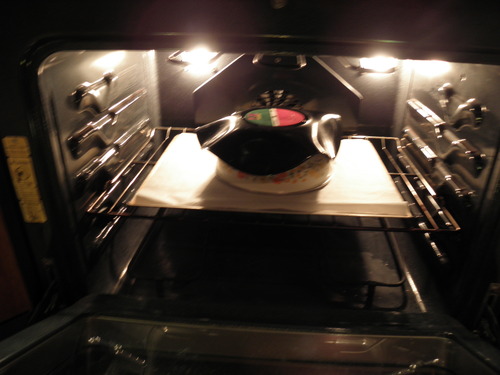 Vinyl of the record begins to melt

After the record begins melting, leave it in the oven until it is lying against the sides of the bowl. At that point you can take it out and let it cool. Now you have a simple bowl. Of course you don't want to leave the oven door open the entire time, I've just opened it for the sake of these pictures. In practice you should be watching anxiously from the kitchen floor :) 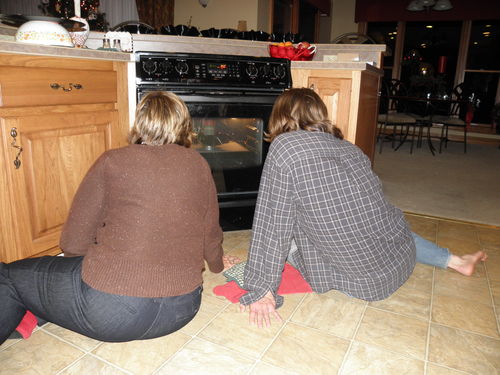 Watching anxiously from the kitchen floor

Another method is to put the bowl right side up, and allow the record to melt down into the interior of the bowl. Try both methods and see which results you like best, or try some of the techniques discussed on the next page. 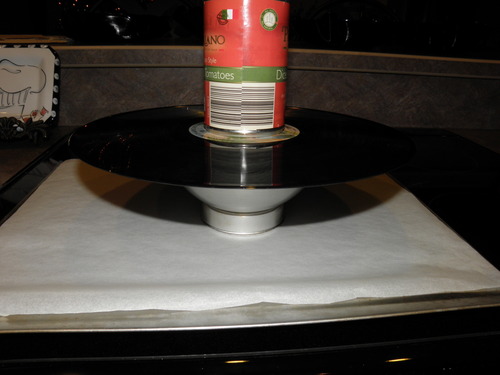 The can here is being used for weight to help push the record farther into the bowl it is on. 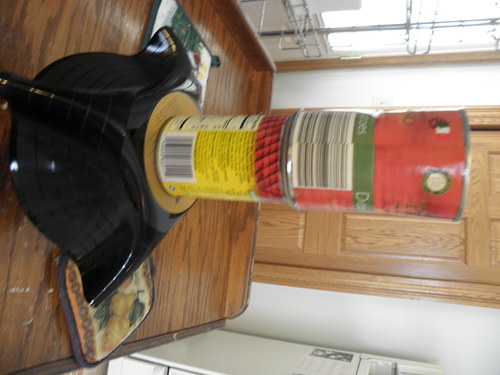 This record was already melted around the outside of a bowl, and now the cans are being used to push the bottom down inside of another bowl. 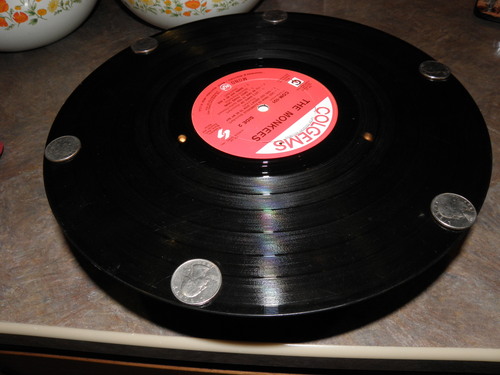 Placing coins on the record helps control exactly where the vinyl folds. More coins will create more folds. (This doesn't always work perfectly, but sometimes does, so be patient) 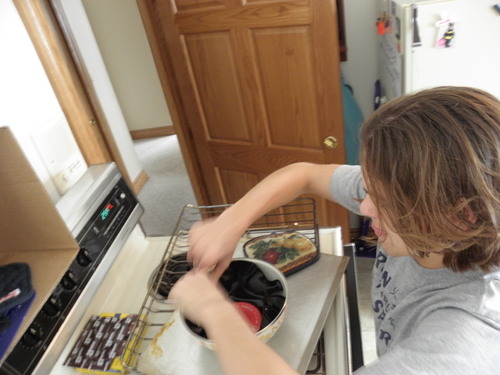 After the bowl comes out of the oven there is a little grace period where you can continue molding it to get the exact shape you want. But again, be careful. 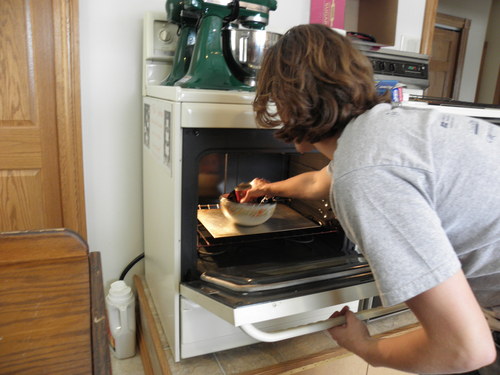 Molding a bowl while it's still in the oven. 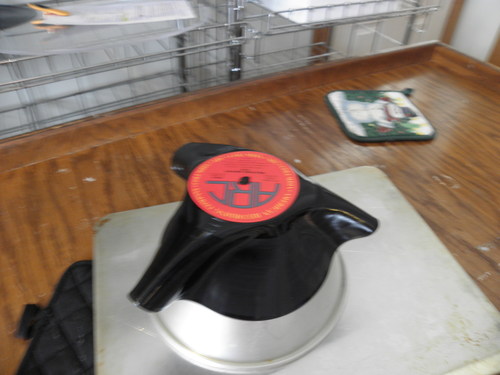 Everything you need to make these bowls can be found around the house, except for maybe the records themselves.

A few of the items you will need

Here are a few shots of the finished product. Good luck, and feel free to email any thoughts or ideas. 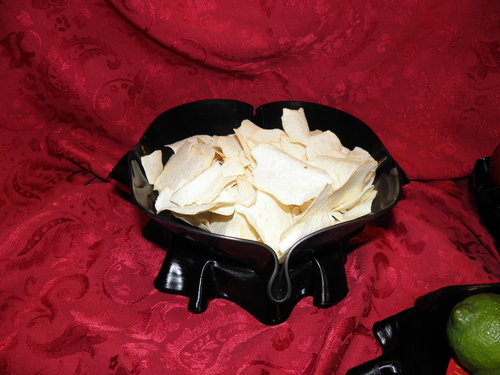 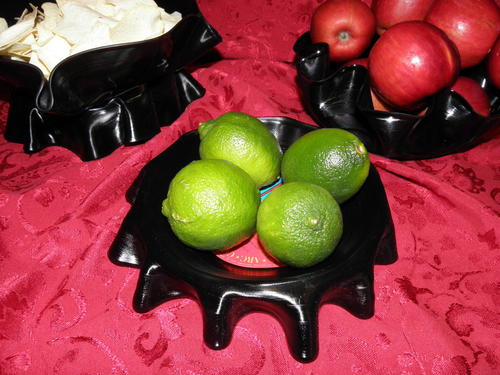 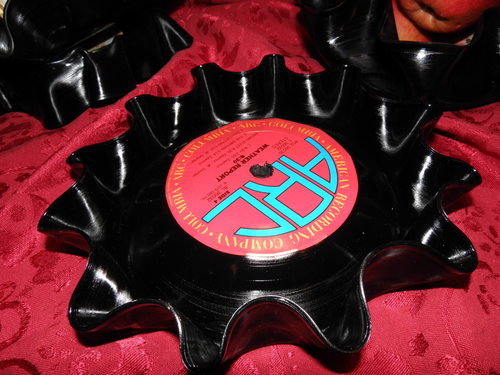 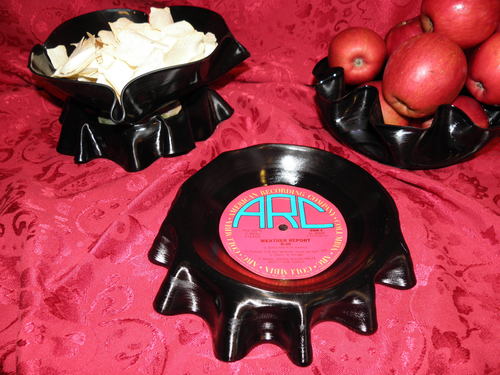 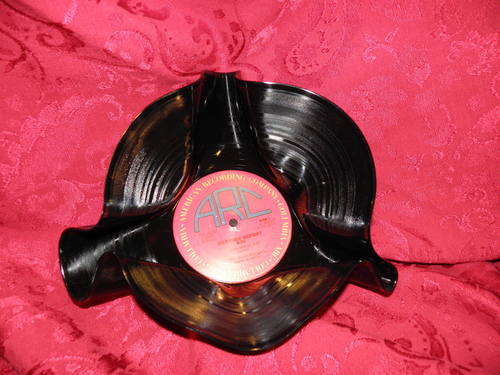 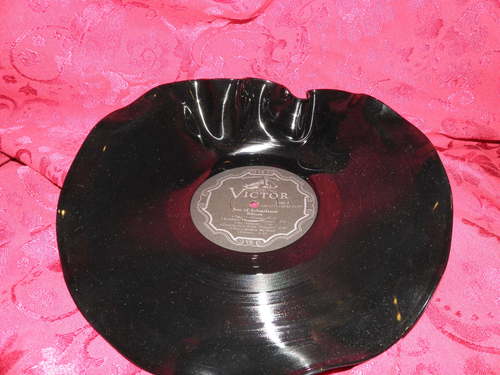 This one is more of a serving plate for cookies

So far these record bowl are great for things like fruit that are pretty big, but they aren't very good for snacks like pretzels because of the hole in the center. In order to plug these holes you'll need a propane blow torch. The first step is to cut a little square, about 2cm on the side, of vinyl out of a spare record. 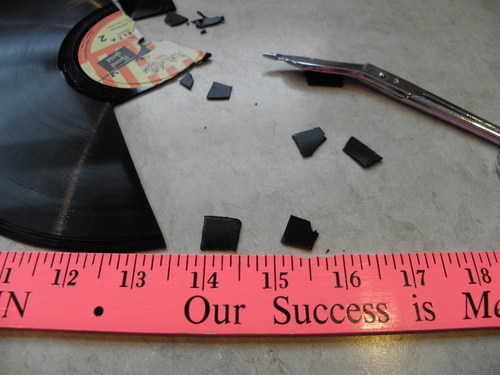 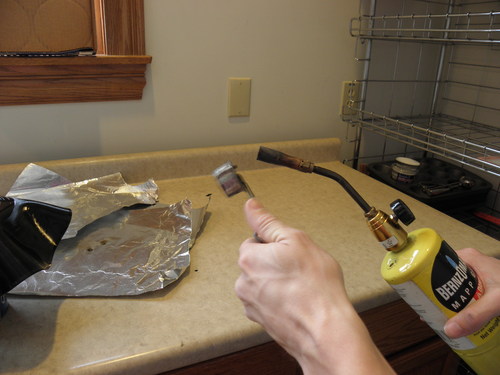 After striking the blow torch and adjusting the flame, use some kind of tongs to hold the vinyl square directly in the flame. Only torch the vinyl long enough to get it soft, not long enough to catch it on fire. 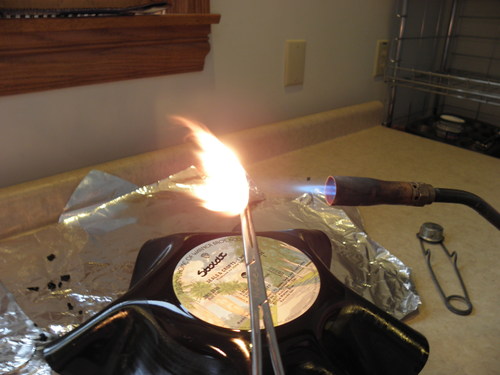 Vinyl directly in the torch flame. Note that the vinyl is not on fire.

When the vinyl is nice and soft, set it directly on top of the hole in your bowl, and pound it into the hole. You have to be fast because the plug will cool quickly. When you are done the hole should look something like this. 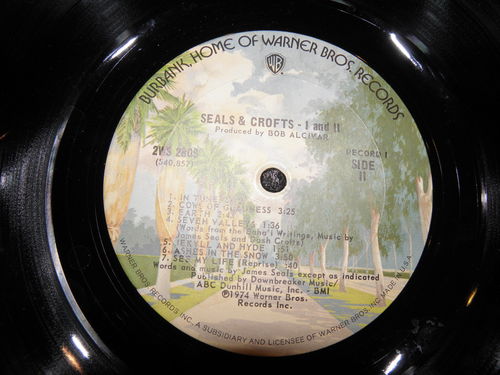 A few of these plugs are good enough to be water tight, but most still leak very slowly. But they are all good enough to keep crumbs from things like chips or cookies from spilling out the bottom.